Saesneg yn unig...
The Llandudno Christmas Parade led by Father Christmas in his sleigh will depart Llandudno Railway Station at 4.00 pm, proceeding from the Station, along Vaughan Street to Mostyn Street, into Lloyd Street, down Madoc Street, Augusta Street and back to the Station: 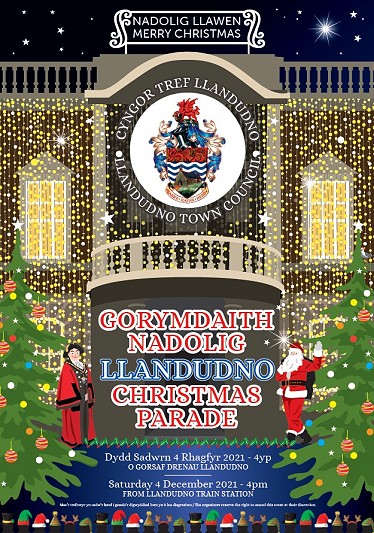