“The Town Council was delighted to join with Towns and Villages across the UK to light a beacon on the evening of Thursday 2nd June and pay tribute to Her Majesty the Queen on her Platinum Jubilee.  The beacon was lit by the Mayor of Llandudno Cllr Carol Marubbi at the bandstand on the Promenade with large numbers of the public turning out to enjoy the event.   Llandudno Town Band played a selection of music prior to the lighting of the beacon.  Miss Anna-Marie Munro had also been invited to sing “The Song for the Commonwealth”, which had been written and composed for the Jubilee by Lucy Keily from Australia and Vincent Atueyi Chinemelu from Nigeria.  The evening ended with the singing of the National Anthems and everyone joining in with “Sweet Caroline” 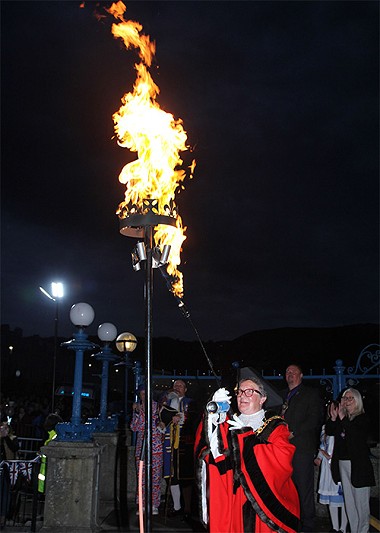